I’ve been working on a longer piece since last week that I had hoped to post on Saturday, but it was an eventful weekend – way up there on the emotional scale – which has necessitated my taking a little more time to get it right. However, I’m really committed to two ideas here: First, to keep this blog vigorous by updating it at least once a week, and, second, to be selective in what I post, so there is an inherent tension involved in getting it right. Fortunately, thanks to Pope Francis, I have an idea to help me meet this week’s quota.

In his daily sermon at Casa Marta this morning, the Pope said, “Think of the children starving in refugee camps. These are the fruits of war. And then think of the great dining rooms, of the parties held by those who control the arms industry, who produce weapons. Compare a sick, starving child in a refugee camp with the big parties, the good life led by the masters of the arms trade.”

And, this contrast, so stark, reminded me of a point I was trying to make in one of my most popular poems, “Wet-Weathered Sunday”, though the hypocrisy I was highlighting, nearly 30 years ago, was that between a gilded church and its needy flock, rather than armorers versus refugees. That said, I am thrilled to be able to say that, since the advent of Francis, I find myself inclined to be a little more kindly disposed to bishops dining “on linens fine” than I have ever been before. This poem was a favorite of our late, great friend Joseph Mann, who succumbed to AIDS nearly 25 years ago, and I post it in his memory.

Sere Sarah had a son
Four thousand years ago, or so,
And so, on this dreary, wet-weathered Sunday
Church bells ring at eight o’clock
And people put on heels and hose
Then congregate to subject themselves
To hearty castigation
So they can socialize over coffee
Once the ordeal is over.

A bush burned in the desert
Three thousand years ago, or so,
And so, on this dreary, wet-weathered Sunday
The stoops are strewn with “surplus stock,”
Enfrocked in rags and garbage bags,
While Bishops dine on linens fine
And never see the ruse.
Then they socialize over coffee,
As weeping angels hover.

A babe was wrapped in swaddling clothes
Two thousand years ago, or so,
And so, on this dreary, wet-weathered Sunday
The Shepherd stands beside His flock,
Awash in radiant love’s release,
But ill-amused at such confused
And needless tragedy,
As we socialize over coffee
With conscience under cover.

Galileo lost his cause
A half a thousand years ago,
And so, on this dreary, wet-weathered Sunday
The Truth has hit a stumbling-block.
Though science courses from the Source
Who spawned, as well, the Spirit,
The Source cannot be proven,
So they socialize over coffee
And miss the point.

But a bush did burn on Sinai’s slopes
And Sarah’s son had sons;
The Son of Man did show the way
That someday crags in Hefty bags
Need sleep in stoops no more,
And Light and Life can stand, instead,
Where darkness stood before. 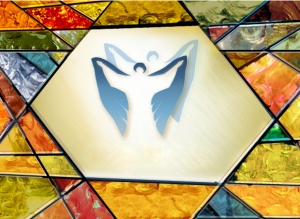 This entry was posted in Uncategorized and tagged Pope Francis. Bookmark the permalink.